■ Physicians at an open forum voice concerns about confidentiality and the potential for abuse when remote care happens without an initial in-person consultation.

Chicago A severe earache awakened Ron Clearfield, MD, at 2 a.m. one night last spring. In search of a quick solution to the pain, the Bonita Springs, Fla., radiologist queried the Internet and found a service that offers a physician’s diagnosis after users type in their symptoms.

Dr. Clearfield gave up on the idea of online medical help only when he was asked to enter his credit card information and told he would be billed $39.95 for the service. It turned out that Dr. Clearfield, who later went to see a physician in person, had a blockage of the eustachian tube in his right ear. After his first dose of cortisone, the earache disappeared.

He could have been misdiagnosed with an infection, Dr. Clearfield told delegates gathered at the Council on Ethical and Judicial Affairs open forum at the AMA Annual Meeting. “The Internet doctor may well have prescribed me an antibiotic.”

The lack of an in-person exam is not the only ethical concern posed by the remote practice of medicine sometimes known as telehealth, said Dr. Clearfield, a member of CEJA.

“Patients may overuse or abuse the system by scouting for physicians who will more readily issue prescriptions, especially for controlled substances,” he said. “There is a potential conflict between the ethical and legal practice of medicine on the Internet. Although doctors may be legally permitted to engage in online consultation, it doesn’t mean that they ethically should do so.” 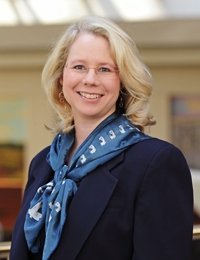 Ten states allow limited telemedicine licensure, Dr. Clearfield said. Delegates who spoke at the open forum sought guidance to address other concerns, such as the lack of guaranteed confidentiality when using insecure technologies such as Skype to conduct visits. Patients are eager to use technology to get their questions answered more quickly, said Monique Spillman, MD, an alternate delegate for the American Congress of Obstetricians and Gynecologists from Aurora, Colo.

“I have patients email me pictures,” she said. “Some pictures are not appropriate on unsecured channels. When patients are choosing to take their own pictures of an infected wound — how do we deal with that? Patients are expecting that you’re going to be instantaneously responding to them. & If I can’t see, feel or touch, I can’t do an effective assessment. I have to see you in the office or you have to go to the emergency room.”

Delegates also discussed ethical concerns faced by sports team physicians. For example, some patients assume that a physician who serves as a team doctor is somehow more skilled than other doctors with similar training. Some physicians earn their position as team doctors through in-kind support to the team. The question, delegates said, is whether physicians owe it to patients to disclose the nature of that relationship.

Issue: Patients are sometimes discharged from the hospital before they are ready to leave, or they are discharged to unsafe environments where their health deteriorates.

Proposed action: Outline physicians’ ethical responsibilities to determine that patients are medically stable and ready for discharge, and work with other health professionals in formulating a discharge plan to a setting where patients’ medical needs will be met. If patients refuse discharge, physicians should support their right to further review and consult with the hospital’s ethics committee. [Adopted]

Proposed action: Support federal and state laws to ban employers and health plans from making decisions based solely on a person’s status as a living organ donor. Allow payments to cover donation-related expenses such as medical complications, travel, lodging and lost wages. [Adopted]

Issue: The State Dept. says more than 20,000 foreign nationals are illegally “trafficked” into the U.S. each year, meaning they are forced into labor as a condition of traveling here. Physicians may not be aware of how to identify victims of trafficking they encounter in practice or how to intervene to help these patients escape their conditions of servitude.

Proposed action: Encourage physicians to act as first responders in addressing human trafficking, include questions about trafficking when taking a medical history, encourage trafficking curricula for doctors and develop guidelines on how to intervene. [Referred]

Issue: Female genital mutilation — a federal crime punishable by up to five years in prison — occurs among some immigrant communities in the U.S. and is sometimes performed by licensed health professionals.

Proposed action: Modify existing AMA policy that condemns female genital mutilation to explicitly oppose it being done by any physician or licensed practitioner. Ensure that medical students, residents and practicing physicians are made aware of the continuing existence of the practice in the U.S. [Adopted]

Issue: Nearly a quarter of parents refuse the human papilloma virus vaccine for their children, even though the three-shot series is 98% effective in protecting against the strains that cause cervical and vulvar cancer.