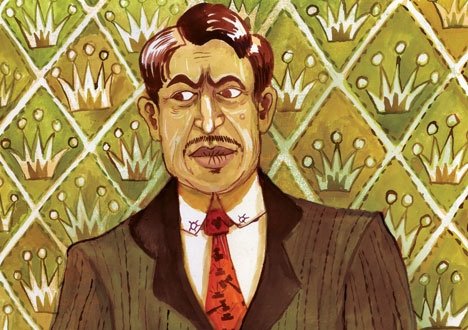 How doctors can spot patients likely to sue

In one such case, a plastic surgeon recalled a patient who wanted an unnecessary skin treatment. She complained about nearly every doctor she had seen previously.

“The warning sign was that the patient was unhappy with all the care she had received. Nobody was going to satisfy this patient,” said Sacopulos, chief executive officer for the Medical Risk Institute in Terre Haute, Ind. The institute counsels health professionals on understanding and reducing litigation risks.

After being sued, the doctor said, “Here I was just trying to improve things, but I should have listened to what I was hearing [and saw] that I would be the next physician” she was unhappy with, Sacopulos recounted.

Figuring out which patients are likely to sue is not easy. Lawsuits frequently are filed without warning and can blindside physicians. But legal experts say some patients are more prone to sue than others. Taking proactive approaches with such patients and learning how to address litigation-prone behavior can reduce doctors' legal risks.

“There are individuals in society where it doesn't matter what happens to them; they're going to look the other way,” said Gerald B. Hickson, MD, director of the Center for Patient and Professional Advocacy at Vanderbilt University School of Medicine in Nashville, Tenn. “Then there's going to be a subset of individuals who are more likely to sue than others. There are individuals who walk in and are ready to be unhappy. That's a reality, but that's part of the human condition.”

Recent data have dispelled misconceptions about what type of patients commonly sue, said Richard Roberts, MD, president of the World Organization of Family Doctors and past president of the American Academy of Family Physicians. A May 2012 study in Clinical Orthopaedics and Related Research found that poor people are less likely to sue their doctors than wealthier patients. Researchers examined medical and social literature about differences in litigation rates and related medical liability claims among socioeconomically disadvantaged patients. They found that low-income patients tend to sue physicians less often, probably because of lack of access to legal resources, according to the study.

People who have higher social statuses, live in urban areas and have higher education also are more likely to file claims, Sacopulos said. Another contributing factor is whether the patient personally knows a doctor or attorney, adds Mark Horgan, senior vice president for claims at CRICO, a professional medical liability insurer in Massachusetts.

“That seems to enhance the risk,” Horgan said. “You would think it would make for a more rational conversation after an event, but there are some occasions where clinicians are really critical of one another.”

An American Medical Association analysis of 2011 Physician Insurers Assn. of America data found that of 10,425 closed claims, 65% were dropped, dismissed or withdrawn, while just under a quarter resulted in settlements. Of the 8% that went to trial, 90% of those claims ended in a doctor's favor, the AMA analysis showed.

In 2011, the average expense payment was $49,756, an increase of 5% from 2010. Expense payments include bills paid to attorneys, expert witnesses and other defense costs. A January study in Health Affairs found that the average physician spends nearly 11% of his or her career with an unresolved medical liability claim.

DID YOU KNOW:
Lower-income people are less likely to sue their doctor than wealthier patients.

“I don't think the majority of lawsuits are filed because the patient is litigious, but there's no question that doctors are sued by some patients for pretty frivolous things,” said Joseph E. Scherger, MD, MPH, vice president for primary care at Eisenhower Medical Center in Rancho Mirage, Calif. “The trouble is if a lawsuit is ever filed, the doctor has that on their record, even if the case is dismissed.”

Behaviors are a warning

Patients' behavior can be a telling sign of whether they are apt to sue. If people beg for a procedure or demand treatments, that should raise a red flag, said Dr. Scherger, co-contributor of a 2011 video presentation called “The Legal Risk Patient” posted on the website of QuantiaMD, an online physician learning collaborative.

“Now more than ever before, patients are well-informed, and [there] is more shared decision-making” among doctors and patients, he said. “But the patient who is very demanding about what they want and expect you to give them, 'or else,' puts you on guard.”

Other legally risky behaviors include patients who ask for a diagnosis beyond a physician's expertise, who complain about being “mistreated” by other doctors or who have sued past physicians, according to the QuantiaMD presentation. Although it is unlikely that a doctor will know if a patient has been litigious in the past, some patients volunteer this information to new physicians, Dr. Scherger said.

But the fact that a patient has sued another physician does not necessarily mean a doctor should not accept him or her as a patient, said Horgan, of CRICO.

“You don't really know what the circumstances were, and that patient may have had every reason to sue, but if it's happened more than once, that would concern me,” he said. “Before I would refuse a patient, I would talk to my risk manager or insurance company.”

Patients who have sued a physician's partners or co-workers, on the other hand, should be treated with extreme caution, legal experts said. A 2011 QuantiaMD survey of 3,000 health professionals found that nearly half of respondents would consult with an attorney before accepting a patient who had sued a partner. Twenty-six percent of respondents would dismiss the patient from the practice, 27% would accept the patient, and 10% would agree to treat only if the patient underwent a psychiatric examination. Five percent would accept the patient if he or she signed a contract promising not to sue.

“Obviously, the doctor has some ethical duties” to make sure the person receives proper care, Sacopulos said. “But it is not a good idea to see people who have sued someone in the practice. You have to think you're part of a unit. If they've sued your partner, whether or not they would ever sue you, it certainly puts people in an awkward position.”

Like most doctors, Dr. Scherger has treated patients who complained to him about past physicians. During interactions with such patients, he is diligent about ensuring that they understand the details of his diagnosis and treatment, he said.

“I spend a lot of time explaining things,” he said. “I think your communications skills are really tested.”

Being available to patients and communicating with them at all times can lower a doctor's liability while strengthening the doctor-patient relationship, said Dr. Hickson, of Vanderbilt University School of Medicine.

“A physician can't work 24/7, but they must practice in a way where the doctor and [his or her] colleagues are able to provide seamless coverage,” he said. There is no “greater stress among patients and families than uncertainties.”

Dr. Hickson added that physicians also should work to curb “doctor jousting,” in which one physician judges another doctor's treatment and makes negative remarks to patients. Such encounters can encourage patients to sue the physician being criticized.

“I'm not saying, I want medical professionals to maintain a code of silence, but it is those offhand comments, the unthoughtful comments, the comment without all the data that is so destructive,” he said. “Before you make disparaging comments, ask yourself, 'Do you really know all the medical facts?' ”

The ethics of parting ways

If a patient continues to be dissatisfied with a physician, it may be time to end the relationship, medical experts say. In such cases, physicians should make sure to follow ethical guidelines to prevent a potential claim of “abandonment,” Dr. Roberts said.

American Medical Association ethical policy states that a physician is under both ethical and legal obligations to provide services as long as a patient needs them. A termination generally should be communicated verbally to the patient and with a letter outlining the reasons for the dissolution, the policy says.

Physicians who sense that a claim is coming should waste no time in consulting with their attorney or professional liability insurer, said Karen Kelly, vice president of claims operations for The Doctors Company, a physician-owned medical liability insurer. Potential indications of a suit include receiving a subpoena or a request for medical records, or experiencing an unexpected or unfortunate outcome in which a patient is upset.

“After a physician contacts the carrier, patient safety and/or claims experts may then be able to provide further assistance or guidance that may reduce the severity of a loss and possibly prevent a lawsuit,” she said. “In addition, most policies have a clause that requires physicians to notify the company of all claims in a timely fashion.”

How to address legally risky patients

Doctors should use caution when treating patients they believe may sue. Being open and communicative with such patients can reduce liability risks and help build stronger relationships.

Use secure communication. Encourage secure online communication with the patient so documentation is recorded on both sides and stories cannot be changed later.

Build trust. Focus on getting to know the patient and developing trust with him or her.

Be transparent. Be open with the patient and clearly explain all medical treatments and diagnoses.

Encourage inquires. Invite the patient to ask questions, and answer all concerns honestly.

Say you're sorry. Apologize to the patient and take responsibility for any mishaps when appropriate.